What Is Crude Oil?

What Is Crude Oil?

The 2020 decade went off with a bang! Seems like every month has some breaking news story. One thing that was almost overshadowed by the overwhelming amount of information was the extreme price volatility of crude oil, leaving many wondering:

What is Crude Oil? At its very core, crude oil is simply unrefined petroleum, a raw natural resource, and commodity that is a type of fossil fuel and when refined can be used as gasoline, fuel, diesel, and other petroleum products.

Of course, there is more to it than that. Read below to find out more about crude oil and why the world and the markets go crazy over this resource.

Crude oil is the primary source of energy production as the world stands today. It’s referred to as a fossil fuel due to the fact that it was created almost 400 million years ago from decaying organic remains like algae and plankton at the bottom of the oceans! Add some intense heat and pressure and pop it in a sediment covered oven for a few million years and you have yourself crude oil or “black gold”. The actual composition includes mostly oil hydrocarbons some nitrogen, sulfur, and oxygen and very little iron, copper, and nickel.

Seems pretty straight forward right? Not exactly. You see, after millions of years of “cooking” the oil is in its raw form. It requires extraction and refinement before it can be used as jet fuel, gasoline for your car, or turned into some other petroleum product.

The Business of Crude Oil

As the Industrial Revolution really took off large economies around the world started to feel the need for more and more energy which is where the drilling and refinement of crude oil became one of the defining traits of any developed country. Those nations with the best drilling capabilities and most reserves are among the wealthiest economies today. Of course, this comes at no surprise considering crude oil is the most widely used energy source at the moment.

Today the United States, Russia, and Saudi Arabia lead the world in old production; however, this was not always the case. The U.S. in particular had a relatively large production shortage making them an energy importer. They relied heavily on the OPEC (or the Organization of Petroleum Exporting Countries) which was founded in 1960 and included nations like Iran, Kuwait, Iraq, Saudi Arabia, Venezuela, Nigeria, and others. With so much economic leverage these countries started to grow at exponential rates. 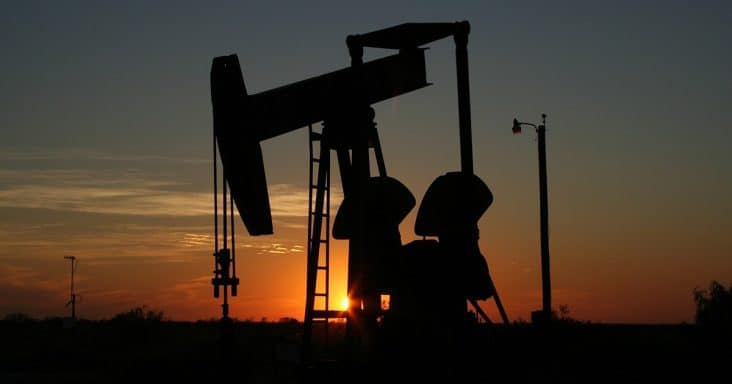 This cycle continued into the 21st century when the United States developed a method of extraction widely known as fracking. Previously, drills allowed companies and countries to pump out crude oil vertically but fracking allowed for horizontal extraction as well which greatly increased the surface area from which oil could be released. This opened new allies for the United States who in recent years has become energy independent and is one of the largest oil exporters in the world. This step has resulted in a dramatic decrease in the influence and power of OPEC.

Ok so now you know the basics and you’re thinking to yourself, “I could make some serious money off this thing!” Now before you go out there and start filling barrels up with oil and storing it in your garage you should know there are a few ways you can invest in oil and filling barrels is not your best bet.

There are several ways you can invest in oil, the most popular of which is purchasing futures or spot contracts. In doing so you invest in crude oil as a speculative asset or you hedge it against other positions. Commodity contracts for instance reflect the current price of a barrel of oil and they can be bought or sold on spot markets for the given market value.

Futures contracts on the other hand don’t take place immediately, instead, they act as an agreement to buy or sell barrels of oil at a set amount. This agreement is covered by a margin payment that makes up a certain percentage of the entire contract value. In most of the North American market, the West Texas Intermediate (WTI) crude or New York Mercantile Exchange (NYMEX) are used for oil contracts.

Oil prices have gone from highs of $60 per barrel to current lows of around $36. In fact, recently oil price plunged to zero and beyond into the negative. Meaning, producers were paying buyers to get rid of the commodity! A number of reasons impacted this major volatility including the fact that no one really needed oil. People stopped going to work and oil tankers pretty much stayed at sea, no economies were buying.

Luckily, prices have since rebounded but not all the way. This leaves many nations, who’s drilling capabilities aren’t as modern as the United States for example, in a financial crisis. The cost per barrel extraction in the U.S. is around $36, whereas in other developed countries like Canada it can be as high as $42 with some less developed countries drilling oil at over $50 per barrel.

Concerns with the Oil Industry

So where’s the bad news? Crude oil has its drawbacks both as a long-term investment and in terms of its environmental impact. It’s no secret that the use of oil in cars, jets, ships, and factories is significantly contributing to greenhouse gas emissions and adding to climate issues. In recent decades this has become one of the most controversial political topics.

On one hand, the oil industry employs tens of thousands of people worldwide and when you consider the various industries that depend on oil, then you are looking at more like millions of jobs. Transitioning from economies that rely heavily on crude oil money is a difficult and long process. Still, many scientists and politicians warn of the dire consequences that extreme climate change could have on our lives including environmental catastrophes like the rise in sea levels and species-extinction to even economic issues like mass migration and displacement.

Due to the quickly growing segment of renewable energy sources, many analysts speculate that crude oil may not be a good long term investment. What can be said for certain; however, is that oil is still very much a needed and important resource that quite literally makes the world economy go round!

Don’t forget to check out our other free online resources!

Texas Flange has the most informative stuff on its blog and I am not just saying that because I own the company. Haha. Hi Taylor.

We try our best haha